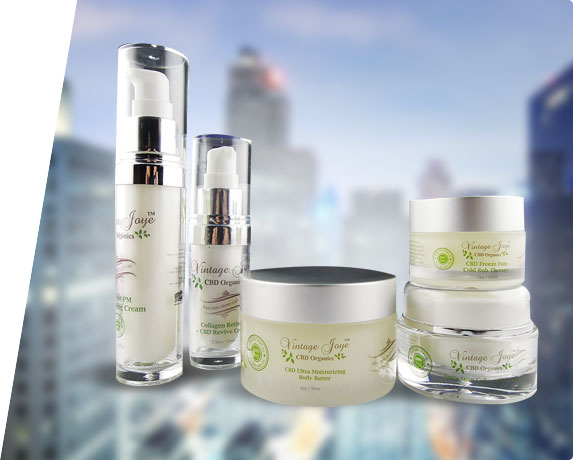 If you’ve been looking for something to help with adult acne, red skin, or just need a little extra hydration to combat dryness, then CBD skin care products may just be the answer you’re looking for.

While most people associate CBD with pills, capsules, or oils, skin care products containing cannabidiol are all the rage. In fact, there are a number of celebrities who endorse these skin products. Included among them are actresses Mandy Moore and Olivia Wilde, as well as Victoria’s Secret model, Alessandra Ambrosio.

Still, celebrity endorsements aside, you can’t help but wonder why cannabidiol is touted as a cure-all for adult skincare issues. The answer is actually rooted in science.

There are many benefits to using CBD-infused skincare products – and when combined, the benefits can truly elevate your skincare routine. Just a few examples include:

How does it work?

CBD oil is a natural anti-inflammatory. This is because it contains CB2 receptors, which are also found in a mammal’s immune system. When applied topically, these receptors stimulate a beneficial immune response which helps the body naturally fight inflammation.

Inflammation is responsible for a lot of what goes wrong with the human body. This includes issues like dry skin, eczema, psoriasis, and other skin conditions. It is also what causes joint pain and swelling, which means that the same lotions you might use to combat dry skin could have the potential of alleviating (or at least lessening) joint pain. Double bonus!

Of course, while the anti-inflammatory reaction produced by cannabidiol receptors are responsible for most of the benefits obtained by CBD-infused beauty products, there are additional benefits provided that really put these skincare products over the top.

Primarily, cannabidiol is a natural source of essential fatty acids that are vital to keeping skin healthy and moisturized. These nutrients are both natural, and easily penetrate the top layers of skin to moisturize deep down.

Often, skincare products containing CBD are combined with other natural ingredients that help your skin get the most possible benefit.

How To Get The Most Benefit

To get the most benefit from CBD-infused skincare products, we recommend the following tips: 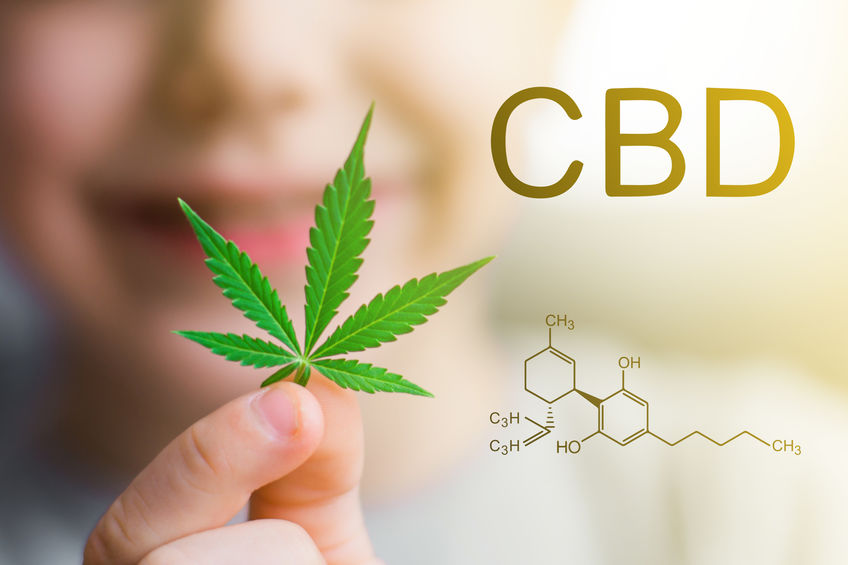 CBD has been touted as the cure-all for anything and everything that ails you. You’ve probably heard that it can treat skin issues, cure cancer, manage diabetes, and lessen long term pain. But, as with all things that sound too good to be true, many people are wary or disbelieving. Are all these claims true?

One source you know you can trust is science – and it has quite a bit to say about the benefits of CBD oil. If nothing else is to be believed, the following statements have been clinically proven to be accurate.

A great number of clinical trials and scientific studies have been done in an attempt to figure out just how effect CBD is at treating specific issues within patients. The following are just some of these:

Although more clinical studies and scientific research needs to be done about the wide range of uses CBD could potentially have, there has been great success modernly at assessing some of it’s uses. These are just a scant few of the scientific studies which have been conducted on CBD usage in specific illnesses, disease, or situations, but together they prove that cannabidiol truly does seem to be a cure-all for numerous issues – not just in humans, either, but in other mammals (like our canine companions).

To summarize, science has proven that (at a minimum) CBD can be effective in the treatment of inflammatory bowel disease, Autism Spectrum disorders, endometriosis, cancer (in healing after chemotherapy), Dravet Syndrome, osteoarthritis (in dogs), and moderate to complex motor disorders. 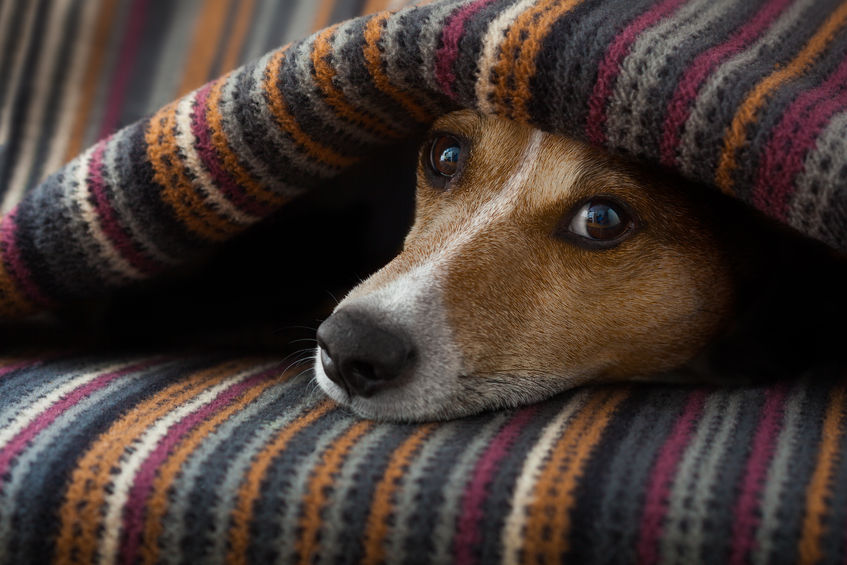 Most pets have a little bit of anxiety. Perhaps they have separation anxiety when you go away on a long trip, or they panic when it’s time to go to the vet. For some dogs, however, this has become a much more serious situation which affects their daily happiness and overall quality of life.

Nobody wants to see their beloved pet suffer for any reason, including anxiety. Thankfully, there is something which has been scientifically proven to help your furry friend: CBD Oil.

What Is CBD Oil and How Does It Work?

CBD oil is created from cannabidiol, which is one of two chemicals found in an industrial hemp plant. The other is THC. CBD has the power to activate the endocannabinoid system in mammals, and this includes your dog.

Many studies have been carried out on the safety and effectiveness of use in canines, and all have shown remarkable results. Not only is it effective in treating anxiety but has shown promise in a large number of other canine ailments.

Will it Get My Pet High?

The main problem most people have when hearing about the use of CBD oil in dogs is that they think it will get their beloved pet high. This is a huge misconception. CBD, while responsible for much of the primary health benefits, does not offer any of the symptoms associated with being “high.” THC, the other chemical compound found in marijuana, is what makes people feel high.

Your pet will not hallucinate, get the munchies, zone out, become paranoid, or anything else. They will simply be calmer in the situations which normally give them anxiety and be generally more mentally healthy all the way around.

Ideas of Situations to Use It In

CBD oil can be used in any situation which gives your pet anxiety. Here, however, are some of the most common causes of that anxiety so you have an idea of when CBD oil can be of help:

If you have been paying attention to the fashion world, you’ve probably noticed CBD oil popping up as an ingredient in a wide array of beauty products. After a series of incredibly successful pilot trials, many major beauty product manufacturers began developing formulas including the all-star ingredient. Some new manufacturers have even come onto the market exclusively to sell these items.

Before we go any further, let’s take a minute to debunk the most common myth associated with CBD Oil. NO, it will not get you high. You will not experience any side effects of being high, such as the munchies, hallucinations, etc. This is because CBD oil is non-psychoactive, with the other chemical compound found in marijuana (THC) being responsible for those side effects. Moving on…

Anyone who has used one of these beauty products will tell you that it worked miracles. This is thanks to the proven key benefits contained within CBD oil primarily due to the way it reacts with the body’s own immune system. Continue reading to learn more.

Just a few key benefits CBD oils have for the skin includes:

Cannabidiol (CBD) oil contains receptors called CB2, which are also found in the immune system of mammals. This is how CBD oil helps reduce inflammation when included in beauty products such as lotions or skin oils. Due to this cellular reaction, CBD shows promise in treating chronic dry skin, psoriasis, eczema, and other skin conditions.

An added benefit is that CBD is naturally rich in essential fatty acids that help your skin stay nourished and look healthy. Naturally occurring nutrients within the oil keep your skin healthy. When combined with other chemical compounds, vitamins, and nutrients found in beauty products, the results are phenomenal.

As a bonus, cannabidiol oil also assists in managing pain. When someone with pain or inflammation in their joints or muscles uses a lotion containing this compound, they can also get relief from that issue.

Products It Is Found In

CBD oil can be found in several different beauty products – primarily those which are applied to the skin. A few examples include:

With so many benefits, CBD oil undoubtedly has a permanent place in the formula of many beauty products. In the future, it may even prove to be an effective treatment option for many skin disorders. You can find CBD oil beauty products online, or at a store near you if you reside in a legal state. 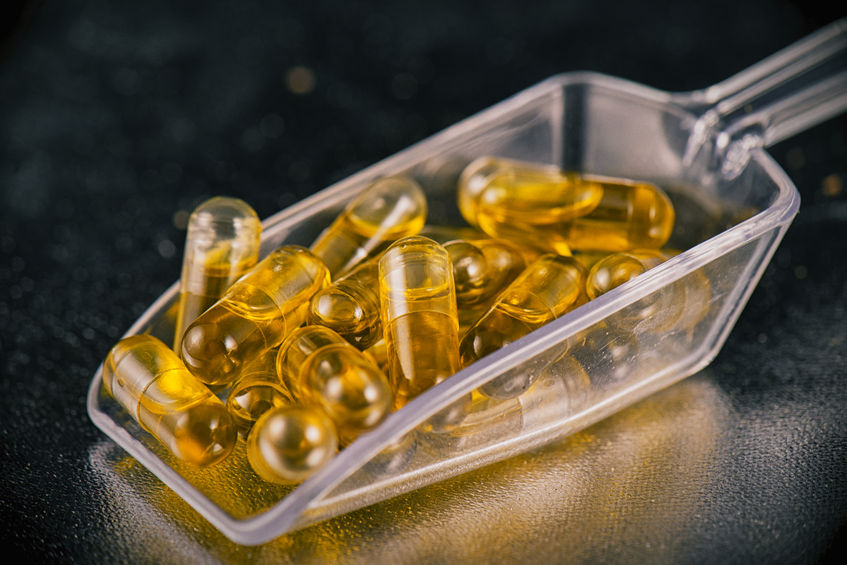 People often confuse hempseed oil and CBD oil and believe the two are the same. This is not the case at all. These are two very distinct products, and each one offers its own unique set of benefits for consumers. Here, you will learn more about the differences between hemp oil and CBD oil and when each one might benefit you.

Hempseed oil is exactly what its name implies – an oil derived from the seeds of hemp plants. This particular product is considered a “superfood” among nutritionists and health buffs alike. Most commonly, it is used as a healthy alternative to typically unhealthy saturated fats like butter and other types of oils. Hempseed oil is also quite popular in beers and a variety of meat dishes; it adds subtle flavor and fat, which can make foods and beverages more palatable.

Hempseed oil is obtained by pressing hemp seeds. Many will argue that the best form of hempseed oil is cold pressed and unrefined. It might be dark or even translucent green, and it has a mild but distinct nutty flavor. Some people use hempseed oil in lieu of skin lotion, to help strengthen their nails and heal damaged cuticles, or even to condition their hair. Others find that hempseed oil, when applied topically, can reduce acne and even relieve the symptoms of eczema.

CBD oil is different in that it is not derived from the seeds of hemp plants. Rather, it comes from the flowering “buds” of hemp plants, much like marijuana is the flowering bud of the cannabis plant. However, unlike marijuana, which is actually a cousin to hemp, the flowering parts of a hemp plant contain only trace amounts of THC. Smoking them or consuming them, even in rather large quantities, does not produce the same psychoactive effects as marijuana.

Where hempseed oil is considered a superfood, CBD oil is considered a healthy and safe alternative to pharmaceutical drugs for conditions like nausea, depression, anxiety, and others. Most of the CBD oil being sold today is extracted from hemp plants specially bred to contain high amounts of a compound called cannabidiol, which is the ingredient that provides the majority of the oil’s benefits. It comes in various concentrations, and individuals can use a wide range of doses to alleviate the symptoms of their medical conditions.

Which One Should You Buy?

At the end of the day, the biggest question consumers ask has to do with which product will better suit their needs. Anyone can benefit from hempseed oil incorporated into their diets. It offers protein, polyunsaturated fat, omega 3 and omega 6 fatty acids, vitamin E antioxidants, and more. Hempseed oil has been clinically shown to boost immunity, improve heart health, and even reverse the sign of aging when regularly applied to skin.

On the other hand, CBD oil is intended to be taken internally, much like a medication. It can be added to beverages to mask the slight taste. CBD oil has a variety of uses that fall into the medicinal category. Most commonly, it is used to fight anxiety and sleeplessness, but other patients have found that CBD oil reduces the frequency of seizures, increases their appetites, and even reduces the nausea associated with various medical conditions or cancer treatments.

CBD oil and hempseed oil are both very valuable additions to your daily routine. Though they both come from the same plant, hempseed oil comes only from the seeds (as its name would suggest) while CBD oil is extracted from the flowers of specially-bred plants that are high in cannabidiol.